We are coming at you with a crazy new premise that we have been testing and seeing massive results with. You are probably aware of both Facebook Fan Pages and Facebook Groups.
Back in the day Facebook pages had massive results. Nowadays not so much. The engagement is not like it used to be and marketers aren’t crushing it like in the past.
However, Facebook groups are making money like crazy.
The reason being that with social distancing people are clambering to have "community" and be "social".
Facebook groups are EXTREMELY hot right now because of this.
The group fulfills some of the social interaction people so desperately want and need. The timing couldn't be any better for the Group Bomb method.
Drew wanted to come up with a shortcut. He didn’t want to take his time and grind it out trying to build a group over time.
What if there was a way to get people that we had no prior relationship with to join groups that they are interested in with a hands off method.
Once in the group,  you monetize the hell out of it.
We show you how to AUTOMATE the group. You don't even have to show your face if you don't want to!
Facebook will even start promoting the group for you.
The process that Drew came up with is known as the “Group Bomb” strategy.
The Group Bomb method gets people into your group for 2 cents a click!

Check Out Some Of Our Results

The ad that we make is so brain dead simple.
One crazy aspect is that we use free “gifs” in the ad.
This generated 12k In eCommerce sales using this method.
Not a bad return. The thing is this isn’t “just” for eCommerce. It is for anything!

We even break down a case study of a truly top performing / winning product that got these results. We just give it away to you. It really is true that when it comes to eCom you only need one true winner. Once you find that you can scale like crazy.
Click Here To Get Instant Access To GroupBomb 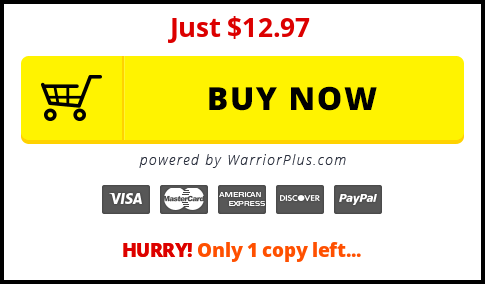 Another Test Campaign With A

When people are in the Facebook group they are 100 times more likely to engage with you and each other.
Once in the group, you can push affiliate products, your own products, eCOM and much more.
If your question is will this method work for X niche? The answer is YES. There is a niche for whatever it is that you are trying to promote/sell to.
This method is crazy because it is almost like a hack. You can’t directly run campaigns to build groups.
This method finds a way around that and exploits this traffic for your benefit.
It is the ultimate way to divert traffic.
Check out some examples of Facebook groups that are out there and the potential to have an audience completely tailored to what it is that you want to sell.

Who would have thought that you could get a group to have 500 thousand passionate people to talk about crock pots!

Having someone in a group is 1000 times more powerful than someone liking a fan page.
We have focused mainly on three niches. Ecommerce, Weight Loss, and Affiliate marketing.
Choose something that you are passionate about, or focus on a group/s that you want to make sales with.
There is room for everyone because there is no competition doing this and there are so many niches to choose from.
You don't need a website, experience, or even a product of your own to sell!

For example, you may say how many craft
groups or weight loss groups can there be?

That is the point. The people that are into any niche join group after group. They love it. There is a good chance you are in a Facebook group yourself and know the power of it.
You may have even said to yourself that if that was YOUR group you would monetize it so much better.
That is the thing. The majority of the owners of these groups either barely monetize it or don’t monetize it at all. That is where the opportunity comes in.
If only you had a way to build groups at lightning fast speed and have truly passionate people in your group for that niche.
You need to take advantage of the Group BOMB method!
People are often dying to spend money with the admins of a group if they would just offer SOMETHING!
We are doing this process right now and will show you an example campaign in the group bomb course that we made from scratch THIS WEEK!
We walk you through creating the exact ad.
You can start for pennies on the dollar and scale up from there.

This product will not just show you the “theory” of how to make this.
The Group Bomb product puts its money where its mouth is.
We show you by making a brand new campaign, getting the super cheap likes, and then the resulting groups that are created. This is a handhold case study.
You can do this all day long for any niche.
Start for pennies on the dollar and scale up!
If you want to have a group in any or multiple niches it is up to you.

The Choice Is Yours!

The Group Bomb course goes into what we call the “Offer Portfolio Method”.

We also started using this in conjunction with affiliate marketing and are getting some crazy results in the last 30 days.

You can start with zero experience and start getting massive traffic tonight.

In the end, it is not about if you want to make money with affiliate marketing vs eCommerce vs selling your products.
The point is that you can grow a Facebook group in whatever niche you want to monetize it the way that you want.
We show you how we do it, you can model that, and ultimately do it your way now that the power is in your hands.
This process flat out works.
The price is rising with every sale so do not delay.
Click Here To Get Instant Access To GroupBomb

Don’t Miss Out On Discovering And
Using The Group Bomb Method
We did the heavy lifting to come up with the idea, test it, and get massive results.
Now it is your turn to reap the reward.